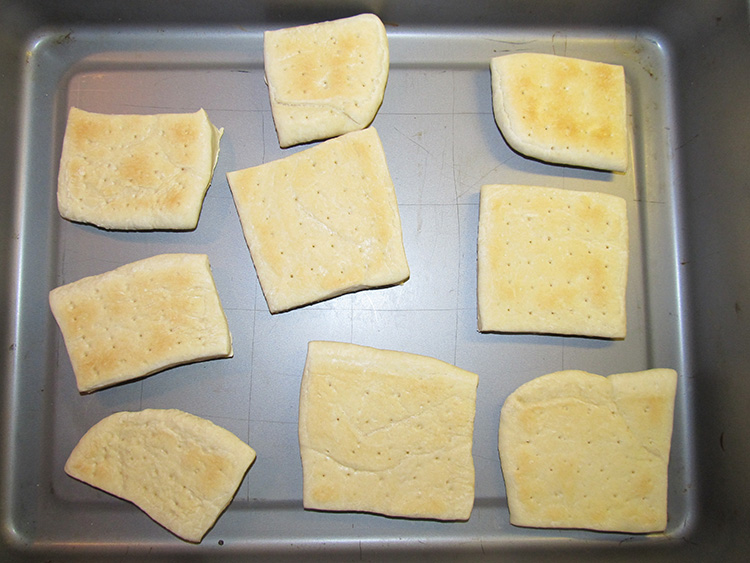 I had the time today so I decided to go out to the garage and prepare some hardtack to eat for lunch.  Two reasons for this. 1. I wanted to know if it was worthwhile for me to make more (if it tasted like shit I was not going to add it to my BOB/GOTH) and 2. I wanted to see how long it would take.  I made it using the gear I would use in a collapse and do use when I go camping.

The stove I have is a Campingaz Twister+ that I bought in 2003 before I deployed to Iraq.  I used it throughout my tour there for coffee and other stuff and have used it ever since.  I bought my stove in Europe and have not been able to find the same stove in the US although there are similar stoves out there and I can at least buy gas bottles here.  The closest thing I have found is the Coleman Exponent F1 Ultralight Stove

and I can use the Coleman Butane / Propane gas canisters

I used my Olicamp Mug

I have taken and vacuum packed my hardtack and bouillon cubes for storage.  I chose to pack them in essentially single serving packages.  That is, one or two squares of hardtack per package and two bouillon cubes per package. The red cubes are beef bouillon and the yellow cubes are chicken.  I used Wyler’s chicken bouillon cubes because those are the one I like the best flavor-wise.  I got them at the local grocery store but if you want, they can also be ordered online at a significant markup from what you will pay in the store.

The recipe I used for making my hardtack came from an article on the Arkansas History Hub at: http://www.arhistoryhub.com/civil-war-make-your-own-hardtack-and-johnny-cake/

Now, let me describe the hardtack that results.  It is a three inch square roughly 3/8 of an inch thick and hard as a rock.  After you let it dry and cool completely it actually crumbles into chunks with a little effort.  Hardtack is essentially wheat and salt.  My pieces all weigh between 40 and 50 grams each.  According to the USDA white, all-purpose, enriched, unbleached Wheat flour provides 364 calories per 100 grams.  Doing High School math that means that it has 3.64 calories/gram so a piece of hardtack between 40-50 grams has provides roughly 146-182 calories.  A bouillon cube provides roughly 5 calories per cube.  I use two cubes for two cups of broth.  It totals out to a hardtack and broth meal providing of two bouillon cubes and one square of hardtack providing 160-200 calories, not much, but not insignificant either and if you use two pieces of hardtack you get a decent mid-day meal that you can easily supplement with jerky or something else as Civil War soldiers commonly did also.

I prepared the broth first.  I made two cups (16oz.) of broth.  My cup has handy tick lines on the side to aid in measuring the liquid in the cup.  To make the broth you first heat the water to a rolling boil and then drop the bouillon cubes in and stir until they are dissolved.  Reduce the heat to simmer the water and then crumble the hardtack into the broth.  Keeping the broth at a simmer let it boil for another 5-10 minutes so the hardtack soaks up the water.  After you remove it from the heat let it sit for a bit (another5-10 minutes) so that it cools enough to eat it.  The hardtack should soften to the point where you can chew it.

It actually does not taste very bad.  The broth itself is pretty good and the hardtack had essentially no flavor so it soaks up the broth flavor.  The hardtack takes on the consistency of rubber and is quite chewy when you rehydrate it.  The best description I can think of for their consistency is shitty dumplings.  Think dumplings from Chicken and Dumplings that are not quite cooked all the way and are therefore rubbery and sticky at the same time.  They don’t taste bad, they essentially taste like nothing.  I can see why Civil War soldiers hated it so much.

Hardtack will keep you alive but it is food you will get no enjoyment out of.  Since keeping you alive is the point of survival food and flavor is at best a secondary concern hardtack is suitable.  I will be making more hardtack and adding it to both my family’s food storage and putting some in both BOB and GOTH bags.  It is light, compact, and calorie rich.  The perfect survival food.

The next experiment is making Johnny Cake.